Skip to menu Skip to content
The UK's premier importer of Uruguayan wines.
My basket (empty)
HomeUruguay and its wines

Uruguay and its wines

You haven't yet viewed any products on our store. If you've been here before, you may need to sign in.

Uruguay is emerging as one of the most exciting wine producing countries in the world; with plenty of new money being invested in developing vineyards and existing producers getting the recognition they deserve. 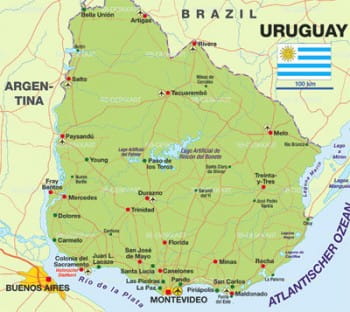 It’s the fourth largest producer in South America (after Argentina, Chile and Brazil) but the production is tiny.

Only 73,000 tonnes harvested per year (compared to 1.6 ml tonnes in Argentina) making Uruguay close to Japan or Switzerland in terms of volume. The country is roughly the size of the state of Washington (176,000 sq km), with the population equivalent to that of Wales (3 ml).

The secret in terms of quality lies in its climate and soils, both of which contribute to the style of wine produced, which are very different from its neighbours in Chile and Argentina.

The wine producing areas are on the 34th parallel South, the same as Santiago, Mendoza, Stellenbosch and the Barossa Valley (the equivalent in the north being Lebanon and Los Angeles). 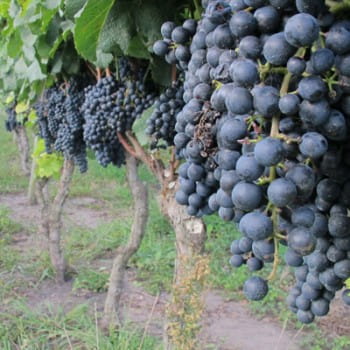 Uruguay is a flat country; the product of gentle ageing and weathering of a variety of soil types, but in the main winemaking areas, a mix of alluvial clays, silts, sand with some gravel overlying a limestone bedrock. There are no dramatic igneous or faulted structures that create mountain ranges; in fact the highest point in Uruguay is only 514m above sea level.

This flat landscape and its proximity to the Atlantic ocean, with the chilly Antarctic currents, along with sometimes fierce winds that blow inland from the sea, give the southern coastal region a cool maritime climate (it’s almost sub-tropical further north) that could be comparable to Bordeaux or Margaret River.

The main wine-growing region, where 90% of the wines are made, is Canelones; situated around the capital Montevideo and next to the Rio de la Plata (the world widest river; an estuary that leads into the Atlantic ocean). The highest area gently rises to 100m; there are no slopes or river valleys for vineyards here. The soils are clay or clay and limestone mix. Clay retains water well during dry periods, forming a hard crust on the surface. These vineyards do not need irrigation and although it can be dry, the vines are rarely water stressed.